My music background bio, well, where do I start?

My first memory of liking music is 48 years ago when I was 4. I used to walk round the garden/street where I lived singing Gary Glitter's 'Do You Want To Be In My Gang?' such an infectious song that was (pity he went the way he did later in life). From there it was liking bands such as The Sweet, T-Rex, Terry Jacks, Pilot and Slade along with Come To Chigley soundtrack and We Are The Diddy Men (lol)

I also remember going to my Grandparents and stumbling across an old 50's record player, that used to belong to my Mother, and finding a stack of 7 inch singles next to it. I worked out how this contraption worked and enjoyed such sounds as Cathy's Clown by the Everly Brothers, Distant Drums by Jim Reeves and a whole host of Cliff Richard songs.

By the age of 8 in 1976 I had found ABBA, ELO, Status Quo which was 'music to my ears' (sorry). A dalliance with such things as Hit Me With Your Rhythm Stick and Frigging In The Rigging a couple of years later but I decided Hard Rock and then Heavy Metal courtesy of Motorhead via Bomber and Overkill then Ace of Spades albums.

1979 going into 1980 was such a fantastic period to find new heavy music. Such bands as Saxon, Rainbow, Sammy Hagar, Scorpions, Van Halen, Whitesnake, AC/DC and UFO etc all came to my attention, buying as many singles as I could from the local Doncaster market stalls, Angie's Records shop and Fox's Records with my pocket money. Then getting a Binatone Studio 5 HiFi system from Woolies for my birthday, road testing it in the shop with a copy of Hardware by Krokus, awesome or what!! 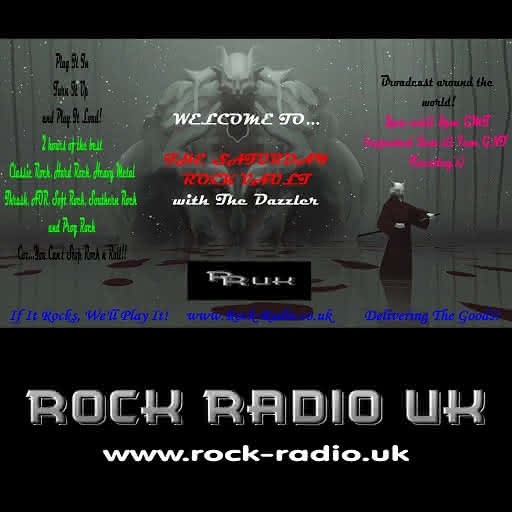 The 80's saw me avidly collecting vinyl records that was anything to do with Rock whether that be NWOBHM, Traditional Metal, Hard Rock, AOR, Prog, Pomp Rock, Southern Rock, Hair Metal or Glam Metal etc. Also I discovered the Friday Rock Show in 1979 hosted by one of my Idols Tommy Vance. I would listen intently with my little transistor radio under my pillow, 10pm til 12am awaiting all the fantastic bands new and old that TV on the radio would play and taping as many broadcasts as I could thinking one day I would love to do his job lol!

The same goes for going to concerts. Over the last 40 years I have seen virtually all the classic bands of the late 70's and 80's. Which got me into wanting to play guitar and starting my own bands which I never got change to do until I hit the big 4-0. I got my first guitar when I was 10 years of age so it took a while, unfortunately, working/married life got in the way!

Currently, I am the Jay Jay French in my awesome tribute band to Twisted Sister who are called Twisted System.

So there you have it, I am still collecting the vinyl, still collecting the guitars and amps (to the chagrin of my good lady lol) and now I am looking forward to, hopefully, emulating Tommy Vance and have my own show playing an hour or 2 of my favourite tracks from my 40+ years of listening to the best music in this whole Goddamn universe! 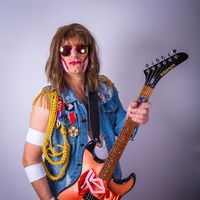